New book out on Kindle & Amazon

New book out on Kindle & Amazon

"Yes, Ron Jackson, bar owner and restaurateur in Yokohama and the first-person narrator of Loose Ends In Yokohama, has some loose ends to tie up. The process not only of making amends but exacting revenge toward the end of one’s life is known as shuukatsu. As the novel opens, Ron finds himself on the receiving end of this ritual when an old friend comes into Ron’s bar offering him amends in the form of an ancient and valuable samurai sword as a thank-you for past friendship. The gift inspires Ron to review his own life, and thus begins the tale. He has a few things to resolve in his past, and we follow the process from beginning to end, becoming familiar with the streets of Yokohama, Japan in the process—a family he has wronged, a love he has betrayed, and a bully who has humiliated him more than once. One by one, we watch him clean the slate of what he owes and what is owed to him.

Loose Ends In Yokohama is a very good book, not only for author Alex Lund’s impeccable prose but for the goodness that emanates from its pages. It’s an odyssey that reminded me of my own debts and of my own scores yet to be avenged. It also familiarized me with the city of Yokohama, its streets, parks, dives, and inhabitants. Ron is the proverbial good guy, aging and having done some nasties as well as having been victimized. Sounds like all of us, doesn’t it? Yes, wouldn’t it be nice to tie it all up with a tidy bow before we depart for other realms? I enjoyed getting to know Ron Jackson, half American, half Japanese, as through the process of shuukatsu he resolves the mysteries of his life. I’m sure you will enjoy it too."

In his first book, "Shibuya Nemesis", Alex Lund takes the reader on a journey of youth, romance and adventure.

Take a deep dive with his characters into the world of modern Tokyo - a place where the high-tech meets the historic.

Abandoned as a child. Half-Japanese, half-American. Ron Jackson is a self-made man of few words who has been through decades of hardship building up a successful bar business in Yokohama. As he finally gets ready to enjoy life in retirement, an unexpected meeting jolts his entire world. Ron decides to set out on a mission to make peace with his past, marked by ruthlessness, bitterness, and suppressed love.

Loose Ends in Yokohama is my third book based in Japan, my home for the past thirty years and counting.

Yokohama, in particular the area around China Town, is where I spent a lot of time hanging out as a teenager, so writing a story set mostly in that neighborhood felt very natural to me.

Alex Lund’s "LOOSE ENDS IN YOKOHAMA – A STORY OF A MAN ON A MISSION TO MAKE PEACE WITH HIS PAST" is #219 in the never-ending series called INSIDE THE EMOTION OF FICTION where the Chris Rice Cooper Blog (CRC) focuses on one specific excerpt from a fiction genre and how that fiction writer wrote that specific excerpt.

Alex is an author of contemporary fiction. Scandinavian born, Alex has been based in Tokyo for over thirty years.

Whether you’ve heard of Yokohama or not, Loose Ends In Yokohama is an incredible book by Alex Lund you just have to read.

Enter your email if you would like information and updates on upcoming book releases.

One Photo. One Story. Free.

Alex Lund arrived in Japan from his native Scandinavia in his early teens, and has been based in Tokyo for around 30 years.

Running his own consulting business for many years in the retail and fashion industry, Alex spends most of his time pacing up and down the streets of Tokyo in a constant pursuit of exploring every corner of the urban jungle of shopping and entertainment districts in the world’s largest metropolis.

As an eager first-hand observer of how Tokyo continuously evolves as a reflection of the fast-paced changes in trends and sub-cultures, Alex uses his experience as a canvas and source of inspiration for his writing, trying to offer his readers insight into the fascinating city of modern Tokyo. 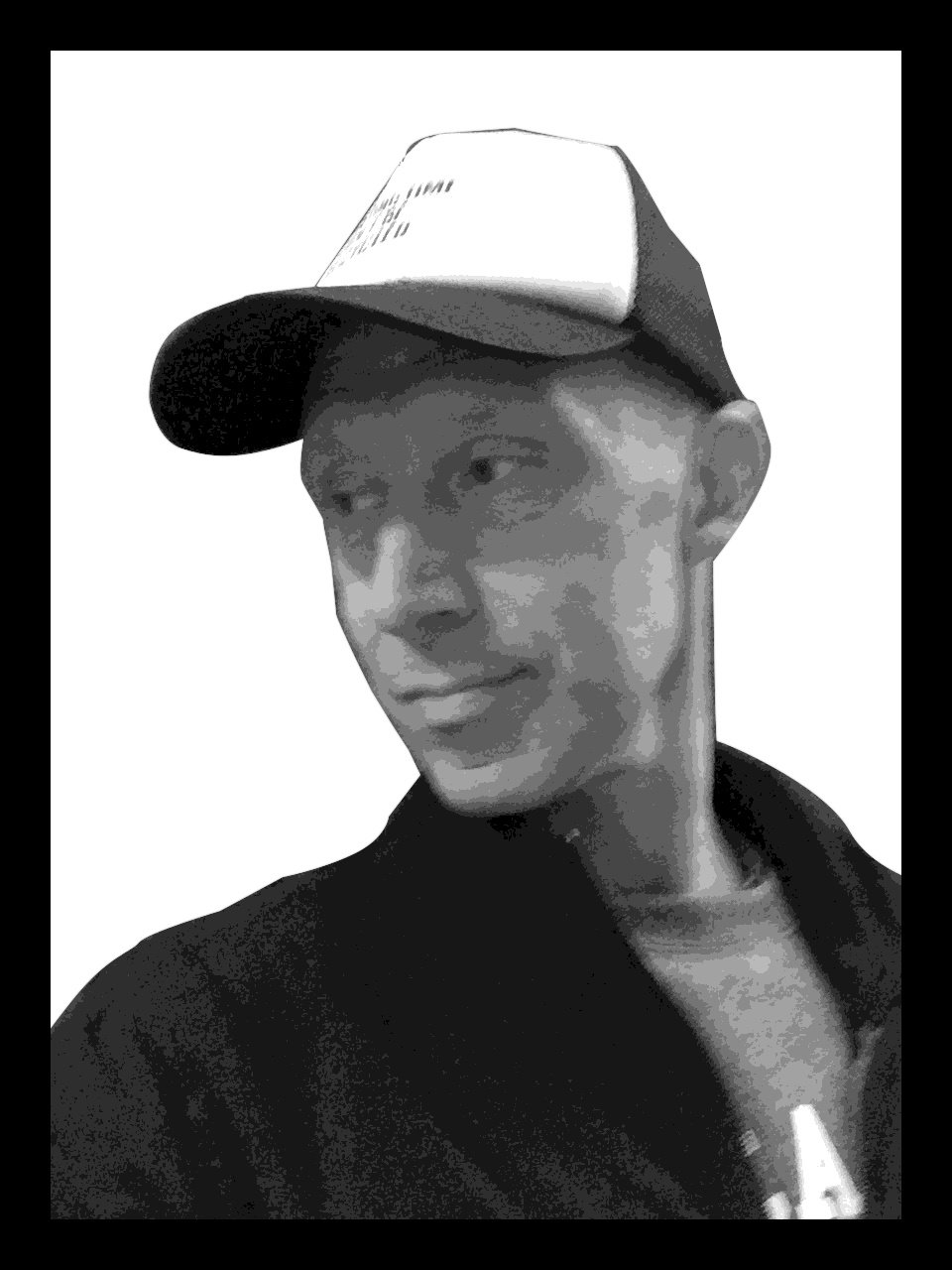 Happy and honored to be interviewed by Cadmus UK as one of their Featured Writers.

Happy and honored to be featured in The Wordicle’s Author’s Leak for my latest book, Loose Ends in Yokohama.

My new book, Loose Ends in Yokohama, is now out and available as ebook on Kindle. Paperback soon to follow! 5-star Readers’ Favorite review by K.C. Finn: “…an emotional powerhouse of a story.” Abandoned as a child. Half-Japanese, half-American. Ron Jackson is a self-made man of few words who has been through decades of hardship building up a successful bar business in Yokohama. As he finally gets ready to enjoy life in retirement, an unexpected meeting jolts his entire world. Ron decides to set out on a mission to make peace with his past, marked by ruthlessness, bitterness, and suppressed … 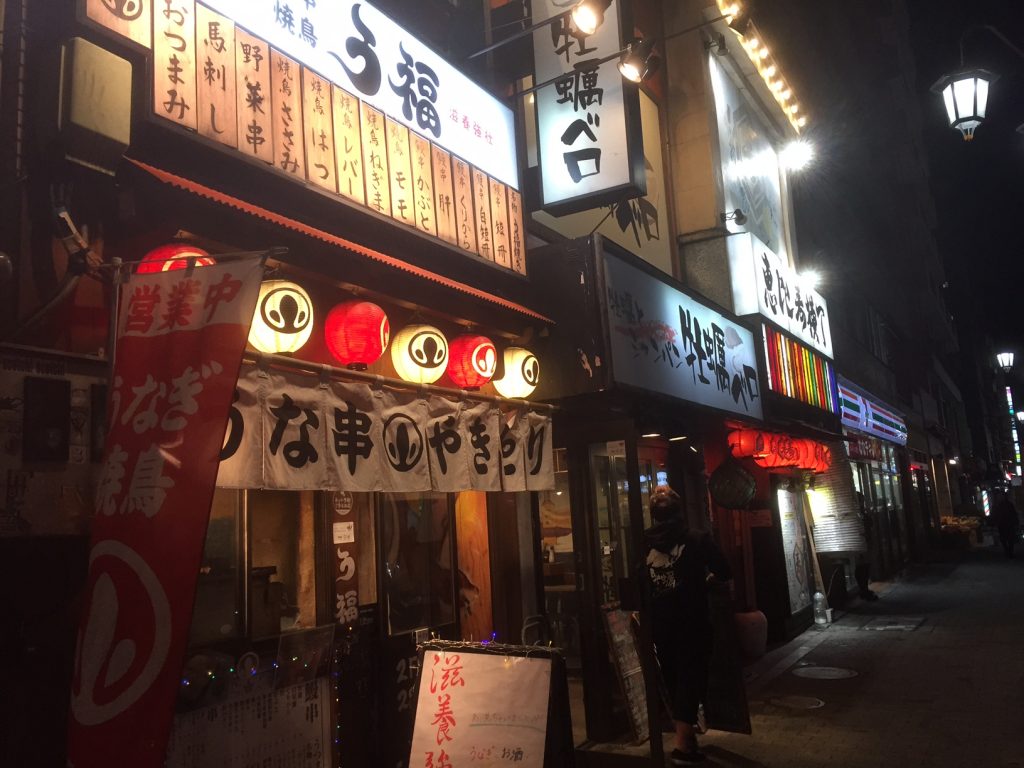 Exploring Ebisu Yokocho – a perfect start (or finish) of the evening!

Ebisu Yokocho is truly a world in its own right. A retro-arcade straight out of the Showa era! A wonderful little cluster of restaurants and bars that only have seats for a handful of guests each. If you can’t get a seat, you can always stand at the counter. You’re guaranteed not to feel lonely! Step inside and you feel like you’ve travelled a few decades back in time! A mini-alley of great restaurants Ebisu Yokocho is basically a roofed alley packed with mini-restaurants and bars on both sides. It’s pretty difficult to find if don’t know exactly where it’s …

Exploring Ebisu Yokocho – a perfect start (or finish) of the evening! Read More » 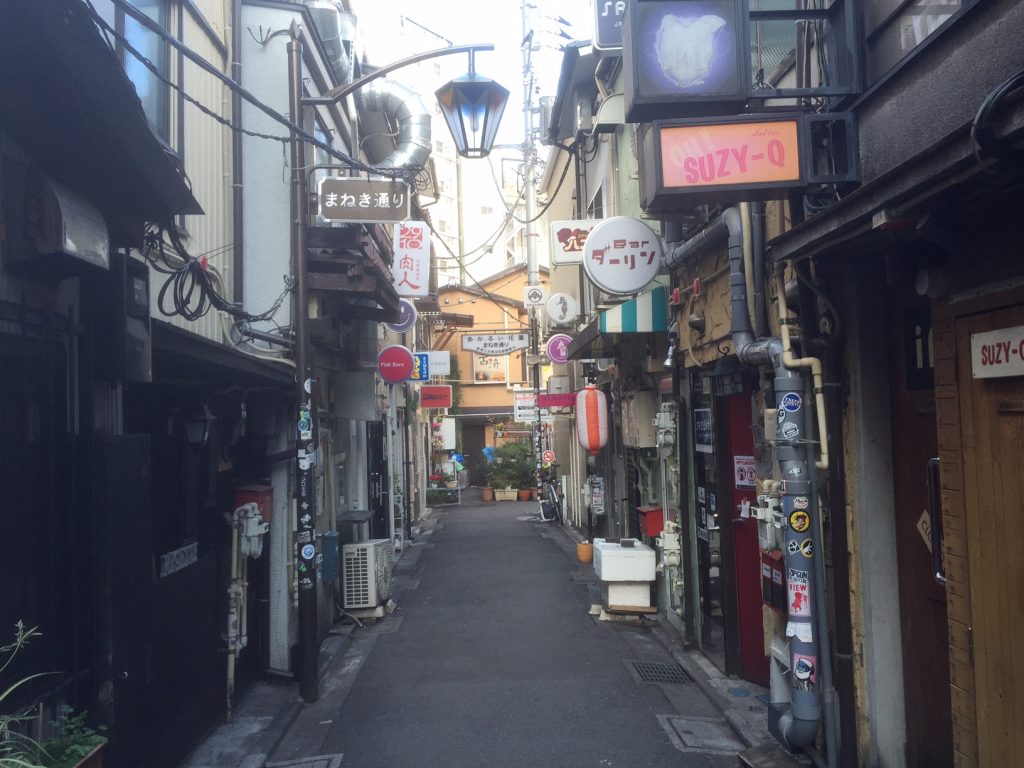 Tokyo Shinjuku Golden-gai – a gem from the past

Shinjuku may be a mecca for shopping. Something like almost four million people use Shinjuku Station every day. That’s the population of a small country! Go to any of the huge electronics stores, and you’ll find it’s packed almost any time of the day. People visit Shinjuku from all corners of the globe, and you’ll hear more languages spoken than you knew existed. There’s just no end to the flow of people. Shinjuku is really about shopping, shopping and shopping. But also eating, drinking and entertainment. My personal favorite in Shinjuku has always been a “block” called Golden-gai, located just …

Tokyo Shinjuku Golden-gai – a gem from the past Read More »